I missed last week, so here is two weeks worth of HP stories!

The Shard, the tallest building in Western Europe at 1,016 feet, was inaugurated in London in 2012. It got its formal name when the builders adopted the term used by critics, who called it a “shard of glass” in the city’s skyline. Image via NPR

What most struck NPR’s Ari Shapiro on a recent tour of London, was “the sheer number of cheeky, irreverent names that Londoners” give the 21st-century skyscrapers that which pierce their historic city.

If you’ve ever struggled to understand the National Register of Historic Places or explain it to a friend, try the National Register Rap on for size. Created by Historic Preservation program students at the University of Mary Washing, the NR rap takes us through the entire “bag of tricks” and even some of its limitations. (As much as I love this fresh take on a quintessential part of historic preservation, I do have to admit it makes me a little uncomfortable. Cultural appropriation has been a huge top of discussion recently, and I have to admit that I sometimes don’t know where the line between appropriation and admiration -as in imitation is sincerest form of flattery- is drawn exactly. Am I alone in this?)

Fit for a Queen of Historic Preservation: Neither leukemia nor a daunting number of new constructions kept the author of “A Field Guide to American Houses” from extending her life’s work. Image via NYT

Virginia Savage McAlester co-authored THE book on American domestic architecture, A Field Guide to American Houses.  On the long awaited publication of Ms. McAlester’s  revision (which catches us up from 1940, where A Field Guide left off, to today), the New York Times gives us a sneak peak into her ancestral Dallas home and into the life of the woman who literally defined the American house. 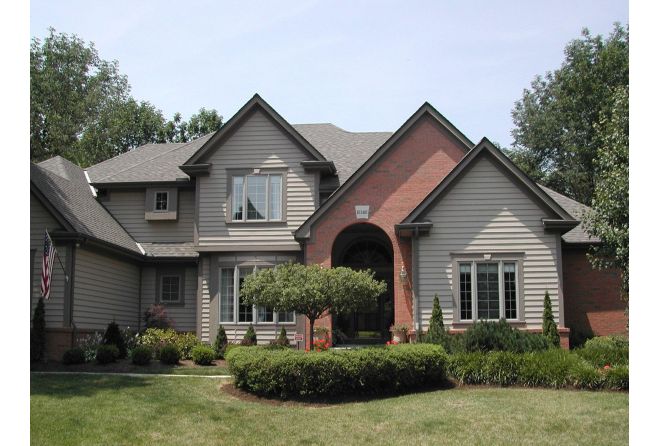 Because I’m so excited about the publication of the 2nd edition of A Field Guide to American Houses, here is an article the focuses on the content of the book rather than the author.  The new edition, written by McAlester alone, “clocks in at 880 pages — 350 pages longer than the first.  The edition not only brings American styles into the 21st century but also expands earlier sections.  The heart of the updated book, though, lies in the new categories. Some, such as ‘ranch’ and ‘split-level,’ might seem obvious, while others required new terms. McAlester came up with the phrase ‘millennium mansion,’ for example, to describe the two-story, multigabled suburban homes that many think of as McMansions.”

In Franklin County, North Carolina century old documents were discovered in the basement of the county courthouse. Anyone who has ever done any sort of historical research knows that these types of records (marriages, deeds, court dockets, ledgers, etc) are invaluable. Arrangements were made for their preservation, and almost immediately work was underway. Soon, inexplicable road blocks surfaced halting the preservation work. And eventually, the documents were incinerated despite protests from the Heritage Society and the community… Click through to learn more about this intense and disturbing story.

Image via The Telegraph

The bodies, when they came, were often mummified. The two soldiers interred last September were blond, blue-eyed Austrians aged 17 and 18 years old, who died on the Presena glacier and were buried by their comrades, top-to-toe, in a crevasse. Both had bulletholes in their skulls. One still had a spoon tucked into his puttees — common practice among soldiers who travelled from trench to trench and ate out of communal pots. When Franco Nicolis of the Archaeological Heritage Office in the provincial capital, Trento, saw them, he says, his first thought was for their mothers. ‘They feel contemporary. They come out of the ice just as they went in,’ he says. In all likelihood the soldiers’ mothers never discovered their sons’ fate.

A Staten Island couple’s love story just got even sweeter, thanks to a saved receipt.  On Sunday night, Tony and Jo Fioravante celebrated their 66th wedding anniversary at the Waldorf Astoria Hotel in New York City, the same place they spent their wedding night, ABC News reported.  The octogenarian couple even paid the same hotel rate that they did in 1948 — $15.75.  They were able to snag the deal due to a tradition the hotel has of honoring the original rate paid by couples who spent their wedding night there and are now celebrating an anniversary of 50 years or more, according to Conde Nast Traveler.

A Black Church’s Dilemma: Preserve A Building, Or Our Identity? -NPR

Heritage tourism is a growing industry but in smaller towns like Helena, Ark., finding the resources to save lesser-known landmarks is a challenge. Inside Centennial Baptist, pigeons roost along the hardwood floors and pews where parishioners once worshiped.This isn’t just an endangered, beautiful building from the turn of the last century. Centennial Baptist Church is a National Historic Landmark. However, restoration plans have stalled because  of a clash of personalities, and age-old racial mistrust…